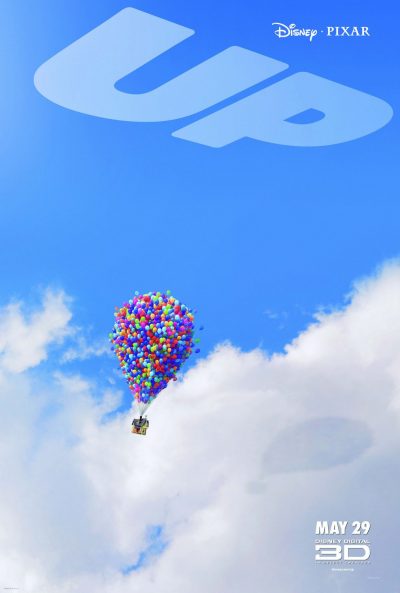 Released on May 29, 2009 from Pixar Animation Studios

The first version of the Married Life sequence that Pete showed me was in storyboard form, and I cried even then. It was incredibly powerful to see someone’s life captured within just a few moments— the ups and downs, the joyful times and and the tragic ones. Just from that storyboard, I knew that everyone would immediately relate to the story on an emotional level. I decided that I would tackle that scene first for two reasons: one— it was going to be the most difficult scene in the film, and two— even though Ellie passes away at the beginning of the story, she was going to remain with Carl the entire time, and the way she was going to be represented was through her theme.

Because I was so moved by it, I went home that day and attempted to capture what I was feeling, but my first two tries felt far off, something was missing. I went back to the piano for a third time and played something that sounded a bit more promising. I decided to stop there and if I woke up the next day and was still able to play the tune, it would be the theme. The next morning, I went back to the piano and there it was, Ellie’s theme. For the instrumentation and the colors, I wanted to somehow express a balance between the emotional moments. It had to be nostalgic, so I chose a violin to begin, adding brass notes, and then culminating in the piano. I had to also ask myself “When is it ok to be sad? When is it ok to be big?” There are moments in that scene that could have been treated with huge emotional overbearing music, but I wanted it to go in the opposite direction. I looked at it as if I were in the room at that moment what would I say to them? I don’t think I would be screaming ‘This is so awful! I am devastated!’ I think it would be a quiet and gentle moment, reverent and present. Ellie was Carl’s whole life, and he has much more to look back on than he does to look forward to. Everything going forward was going to motivated by her, and he had to find something that would enable him to keep her enthusiasm and zest for living as a driving force.

There was so much about this film that I was terrified about, it was definitely an emotional time bomb. In fact, one of the scenes that we changed after recording it was the scene when Carl is carried off in his house by the balloons. The scene begins as we see the entire neighborhood around Carl has been destroyed and is now under construction, his house being the only original structure left. Two gentlemen from the retirement home arrive to pick him up. It’s then that Carl releases the balloons and the house is pulled from the foundation. Pete and I spoke about it as it being a moment of triumph, and we recorded it as such. When it was put to picture and we screened it together we both realized, no that doesn’t work. It needed to be more of a love letter to Ellie, not so bombastic. We went back to the recording studio with a new version which both captures the excitement and the poignancy of leaving his life with Ellie behind.